Many claimed that the "Brown Bomber", Joe Louis, was indeed a god.

“If you can see if you can solve the mystery, the answer revolves around your history, So carefully, I drop this degree, scientifically and realistically…Who is God?”

~Lyrics from “Mystery: Who is God?”; Rakim Allah

Sometime in the latter half of the 20th Century, as technology made information more readily accessible, we began to witness the life’s work of numerous 19th Century religious theologians and historians (especially “Egyptologists”) become irrelevant and outdated. These biased intellectual bullies were politically, or demonically, motivated to falsely link the pillars of western society (ancient Greece and Rome) with the origins of the highest levels of human achievement.

Just one of many examples was the failed attempt to establish the location of the “Adam and Eve” story in Western Asia (Europe).  Or, sometimes depicting it as a Caucasian story that just happened to have occurred in Africa.

These pre-meditated attempts to “whiten” history for underhanded, political purposes are a type of cultural-identity theft, known as “cultural appropriation”.

Bobby Hemmitt says that “fake Jews” are attempting to replace the original people of the Earth and steal their legacy as the “chosen people” of the Bible and other sacred scriptures.

Are Europeans trying to insert themselves into an ancient story where they don’t belong?

Just as it is necessary to define “Black Man”, we must similarly discuss the meaning of “white”, as it relates to a race of people. 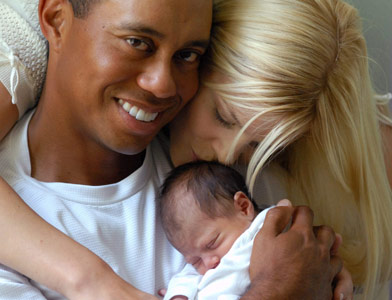 Do Ebony and Ivory go together in perfect harmony?

Our Moorish brothers have taught us that “white” is basically a legal status. This color is associated in western thinking with terms like, “pure”, “good”, “blessed” or even “smarter” (than non-white races). Any correlation with “black”, on the other hand, is seen as negative, bad or evil. This is clearly illustrated in words like “blackmail”, “blacklist” or “blackball”.

This may explain why some very dark, almost jet-black, beautiful brothers and sisters feel the need to publicly declare they are not “black” and make efforts to align themselves with a different ethnicity. Perhaps they are referring to a status level in society or even something much deeper while many of us are still caught up looking at the color of their skin.

In the US, even one drop of “black blood” in a person designates that individual as black, while on the continent of Africa, especially West Africa, the exact opposite holds true. Anyone with any “white blood” at all is considered white, or “toubab”.

Since we know that melanin-rich people are not actually black any more than Caucasians are the color white, what is the real significance of these terms?

Dr. Neely Fuller rejects the assertion of “white” as a race of people, and suggests that the term refers to an organization, the sole purpose of which is to maintain European domination and world control.

The word “melanin” is derived from the Greek word for black. It is a pigment that ranges in color from pale yellow through reddish-brown to blue-black. Despite the fact that Dr. Jewel Pookrum explains that melanin is found in almost every major internal organ, Caucasians have been classified as being “melanin-deficient”.

"It's all about Melanin"

He concludes with, “there is nothing else to study in science but mel-a-nin!”

Dr. Pookrum states that due to the melanin-deficient nature of Caucasians, they have a very limited capacity to interact with the electromagnetic spectrum as compared to melanin-rich, original people.

Electromagnetic energy is the energy source required to transmit information (in the form of waves) from one place (material) to another. This information can be in the form of light, heat, or in any other form.

What does this actually mean? Would someone with the ability to manipulate this energy be considered a god?

Scientific research seems to suggest that any such “Master of the Universe” would require the magical benefits of melanin along with a healthy pineal gland (3rd Eye).

Although by now, many people have become aware of melanin’s existence, it is still mostly known only for its attributes as a natural sun-block. We are still in the genesis stages of unlocking the mysteries of this magical, black potion. “SiStar MyRah” tells us it is the “Black MaMa Universe (that) connects Us to Our Royal Energy Lineage…”. She calls this, “the Original Source of all Energy, Who represents the Ancient of Ancients”.

SiStar MyRah is a well-known Oracle / Astrologist in the conscious, melanin-rich community. She teaches that it is solely the woman, not the man, who determines if a sexual union produces a black or white child. So, many people who may appear to be black and may even be regarded as “African-American”, are actually “white.” SiS MyRah tells us that two notable examples of this paradox are US President Barack Obama and superstar singer and dancer, Beyonce. 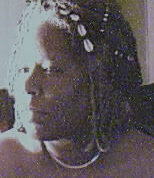 "The Black woman is the highest level"

The “SiStar” explains there are three levels (low, medium, high) for the four grades of melanin-rich women:

“The Woman is the Battery of the Operation and the Man is the Power. So lets say that the man is the Flashlight which reflects his Power. What level of Flashlight you have will dictate the grade of battery you will need to activate the power…”

“The White Woman does not even make the list because she has no melanin… If You feel, as the flashlight, that you have grade D Power to reflect, then You need a Grade D Battery to reflect that level of Power. Black is at the top of the Hierarchy when accessing Spiritual Power. The more You defuse the Blackness, the more You defuse the Power.” ~SiStar MyRah

“Fake Jews”, “Whites who appear Black”…hmm, why would a person or group of people seek membership into a group that is viewed as being at the bottom of the social ladder? More importantly, if these imposters do exist, how would we be able to detect them since, on the surface, they appear to be family?

And then shall that Wicked be revealed, whom the Lord shall consume with the spirit of his mouth, and shall destroy with the brightness of his coming…” ~2 Thessalonians 2:8

"The white man is the devil"

“Now, the world must know how to distinguish the real devils from the non-devils, for there are thousands of our people throughout the world who can hardly be distinguished, by color, from the real devil. There are certain climates which seem to change the white race into a red or brown color.

And where they mix freely with our own kind, their skin and eyes show a difference in color. Their eyes are brown and grayish blue. By carefully watching their behavior, you can easily distinguish them from our people (dark, brown, yellow or red).

Dr. Francis Cress-Welsing has proposed that white people are in fear of genetic annihilation and that this innate phobia dictates their actions, values and belief system. If this is true, would this not suggest that those who classify themselves as “white” understand, somewhere in their psyche, that they are not divine, immortal beings? If there is an end then, conversely there must also be a beginning.  However, the scripture clearly states that, we are the Alpha and the Omega, the first and the last…the beginning and the end. 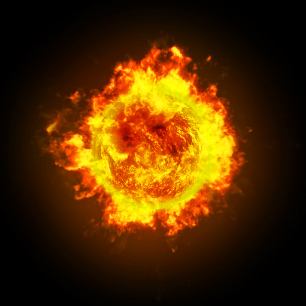 It's all in you

“When this world had no land or water, just fire… We were already here!” ~Aseer Ali Cordoba

In many conscious circles, the term “Black Man” encompasses both sexes, the male as well as the “womb” man (female).  The ancients understood that the perfect balance between these two energies was the source of all in creation.

So, who is the Black Man?

She is the primary Generator, Operator and Destroyer in the universe.  In other words, always was, and always shall be…GOD!  Stay tuned for the 10th Edition of AfroAsiatic Perspectives…Namaste!

Vitamins & Minerals from A to Z; by Dr. Jewel Pookrum

The Isis Papers: The Keys to the Colors; by Dr. Frances Cress Welsing

Takuan Amaru is an author, teacher, and public speaker. Former columnist of the Examiner (Philadelphia) magazine, he has written over 100 articles on various topics such as popular culture/music, ancient spirituality, and philosophy. Tak borrows from diverse life-experiences as a soldier, social worker, athlete, as well as music artist to connect with readers. He makes his home in Nagoya, Japan. Contact: takuanamaru@gmail.com or connect on Facebook. Websites: www.gaikokujin-thestory.com / www.afroasiatic.jp.
View all posts by Takuan Amaru →
This entry was posted in Uncategorized and tagged AfroAsiatic Perspectives, Aseer the Duke of Tiers, Bobby Hemmitt, Dr. Francis Cress Welsing, Dr. Jewel Pookrum, Elijah Muhammad, Joe Louis, melanin-rich, SiStar MyRah, Takuan Amaru. Bookmark the permalink.